Kids Back to School Sleep Schedule and Routine 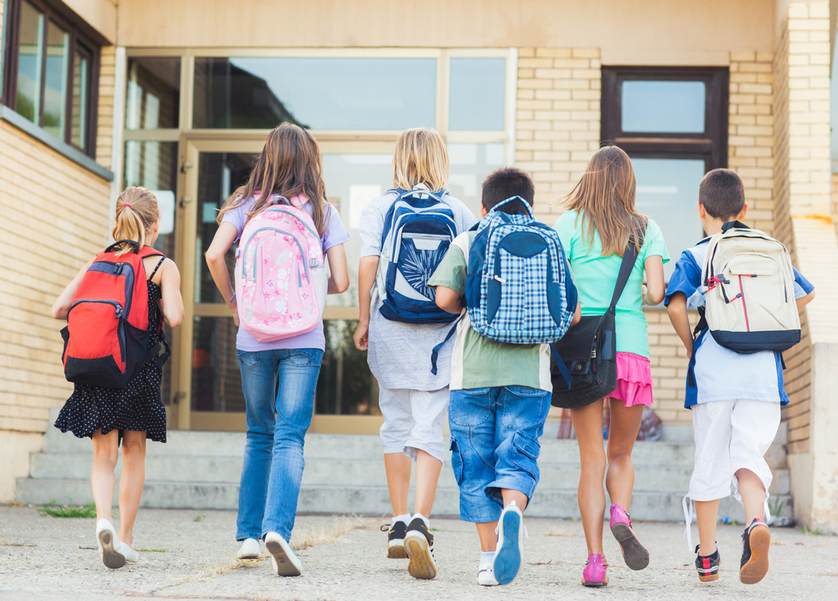 I don’t know about you, but back-to-school time is my favorite time of the year! After a summer of running kids to camps, parks, play dates, amusement parks, vacations, sporting practices, and trying to keep them entertained 24/7, I am beyond done. At this point, I don’t even mind the pile of paperwork I’ll be getting, or the homework I’ll be checking, when the kids do return to school. I just want to get back to my “normal” and be back on schedule! And do you know who else is looking forward to having a schedule again? My kids! They wake up every morning and ask me what’s on the schedule for today. They are used to having their lives be very consistent, and it works well for them too.

But after more than 2 months of chaos, life on the go, and late nights, your normal school year schedule may seem like a distant memory. Now that we’re just weeks away (or even days for some of you) from the start of school, it’s a good time to begin making some changes to your summer schedule in preparation for what’s ahead.

Here are 4 things you can do to ensure your child’s sleep isn’t affected when heading back to school:

So go ahead and get in those last few play dates, swim lessons, and let’s not forget about back-to-school shopping, because before long it will all be over. Then we’ll be complaining about the mounds of homework, projects, sports, and other things they’ve got going on during the school year, and we’ll be counting down the days until their first holiday break!

Contact me for more information on all of my services, including my brand new Infant Massage sessions. And of course you can always set up a free 15min phone call to discuss your unique situation!