How LEGO Helps In Your Child’s Development 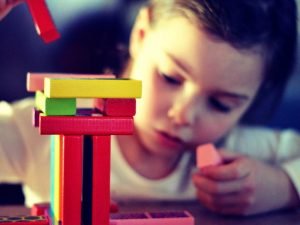 Lego is played with small plastic blocks which are used to build vast structures. There are many reasons why it is one of the most popular games among parents across the globe. While initially the parents can give the child a particular structure and ask then to replicate it, they can later ask them to make structures on their own wish thus helping them to grow their imaginative power. Let us have a look at some of the ways in which Lego helps in the development of your child.

With the help of various shapes and sizes of the Lego bricks, children learn different ways to use them to make the structures they are willing. Using these small bricks lead to fine tuning of fine motor skills. The hand, fingers and other receptor muscles become much more acquainted to the signals of the brain. The development of fine motor skills has a direct influence on the writing and drawing skills of the student. With better co-ordination of the muscles, the handwriting as well as art skills are improved to a great extent.

Children might be willing to make big structures and making those big structures on own is not an easy task. This requires the help of mates who play along with you or in other words, playing Lego needs cooperation among children who are playing. Making great structures is impossible if you do not cooperate with each other. So, while playing Lego, students learn the important skill of cooperation and the cherry on the top of the cake is that they need not to be taught it by some other means. If you need more ideas then visit https://legoways.com/

Creativity is very important in this challenging world and the one of the best ways to hone and develop the creative skills of a child is by giving him the opportunity to play Lego. As we know imagination is an important part of innovation, so higher the imaginative power, better the child is equipped to innovate.

There would have been many more discoveries and new devices in the field of science sans the fear of failure. Fear of failure is something which comes naturally in people when something big is at stake and these results in lack of courage to try it. With no fear of failure associated with Lego, as you can have everything at your disposal once again, the courage to be imaginative and try new things grows. Thus, the prospect of the child trying innovative ways in future grows.

A Sense of accomplishment is something that has to be experienced by the child in early age so that he can go after new things in future. People are not willing to work hard until and unless they can see some positive result for them out of that. Lego shows them how satisfying the sense of accomplishment can be.

Failure is something which has brought fear and destroyed many good ventures. However, failures are the pillars of success and this quote is not as much applicable anywhere as in Lego. Failure teaches new lessons and teaches the child the art of persisting and trying again and again.

These are some of the ways in which Lego can be of great help in development of child.