The Truth About Age “Regressions” 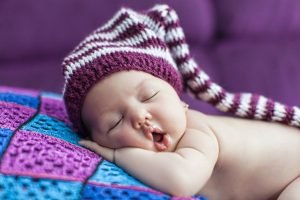 As a mom of 4 and a pediatric sleep consultant, I have heard parents complain about “regressions” with practically every month of their child’s first few years (ie 4mo, 6mo, 9mo, 18mo regression, etc). Many parents believe that because their child’s sleep seems to change every couple of months that it must be due to a sleep regression of some sort, as they are often not clear as to why the change is occurring.

Dictionary.com defines regression as the reversion to a chronologically earlier or less adapted pattern of behavior and feeling. Personally, I don’t like the word regression, as it implies that your child is going backwards developmentally, which is simply not the truth. You’re probably thinking, “well, if it’s not a sleep regression, then what is it?!” Let me try to explain what’s happening without being overly scientific. We’ll start by talking about what happens first as a newborn (0-3mos), before discussing the 4 month “regression” (the one I hear about the most), and finally moving on to the other age groups.

When a baby is first born, their sleep consists of just 2 stages instead of the usual 5 stages older babies and adults have. They start off by skipping the light phases and jumping right to the non-REM stage (slowing down of metabolic activity, non-dream state), before transitioning to the REM  stage (active, dream state). This means that when your baby falls asleep, she is almost immediately going right to a deep phase of sleep. So when you feed/hold her and she happens to fall asleep, you can usually talk, make noise, move, or transition her without her waking up…well, at least initially anyway!

Being able to live life without tiptoeing around is essential in those first few weeks when you’re getting visitors and are just trying to figure out how to be a new family. It’s great that newborns sleep 14-17 hours a day, with 6-7 small nap periods throughout the 24 hours! It gives mom a chance to physically recover and start to carve out the resemblance of a new routine.

Let’s fast forward to 3mos of age now. Your baby’s circadian rhythm (aka biological clock) has now changed so that most of their wakefulness happens during the day and most of their sleep happens at night. Yay! By now many babies are starting to sleep in bigger chunks of time and requiring less night feeds. For example, instead of your child waking up at 11pm, 2am, and 5am for night feedings, they might skip the 11pm and sleep straight from 8pm to 2am before waking for a feed.

By about 17 weeks old, your baby’s rhythm will fall into a more predictable pattern and mirror that of an adult’s. This is an extremely important fact, so stay with me here! As adults we start off by falling into 2 lighter phases of sleep, followed by the deeper stage (non-REM), and then into our dream stage (REM) before starting all over again. We go through about (5) 90min cycles each night (newborns’ sleep cycles are about half that).

As we transition from one sleep cycle into the next, we very briefly and lightly wake up (stage 1). If everything around us is the same as it was when we first went to sleep, then we will just roll into a new position and transition into that next sleep cycle without every really waking up. If, however, something has change (ie our blanket fell off, our partner is gone, our white noise machine is off, etc), then we will more fully wake up at this point to investigate or fix whatever happened.

So what does this intriguing information have to do with your baby’s 4mo “regression”? Well, let me put it altogether now… If you were feeding, rocking, patting, holding, using a rock-n-play or other device, or otherwise helping your baby get to sleep in those first 3 months, then baby was relying on you or these other props to get to sleep and is not able to do it on his own. While that didn’t matter so much in those first 3 months, it very much so matters now in this 4th month. So now when you go to lay him down after falling asleep feeding (the #1 sleep prop), he will startle, wake, and cry, leaving you to wonder what’s going on. If he needed your help going to sleep initially, then he’s going to need your help getting back to sleep again…and again and again!

This is when most parents will start noticing that their good sleeper is no longer sleeping that well, or that their baby who was moving in the right direction with sleep seems to be taking a step backwards. As you can see it’s a natural developmental milestone, though I’ll admit it’s not nearly as exciting as watching him roll or sit up for the first time! The key here is to put baby down into her crib when she is sleepy but still awake! Try to let her fall asleep initially in the place you want her to end up being (ie her crib or bassinet), so that when she transitions into a new sleep cycle during the night or at nap everything will be the same as it was when she first went to sleep.

So now let’s talk about the other months and their “regressions”. When parents call me saying that their baby “was sleeping good until recently” (and this can be any age), they are truly stumped as to what’s happened. Most often the answer can be found if you can think back to when this change first occurred. Was she sick? Was he teething? Did she learn a new skill like rolling, sitting up, walking, etc? Did you go on vacation? Chances are good that one of these things happened right around that same time.

Why should this matter, you ask? Well, this “regression” did not happen becauseyour child was sick, teething, learned to roll, or went on vacation; it’s often caused because of how you responded when these things happened. If you changed what you would’ve normally done because of these events, then that’s all that he needed in order to change his response.

For example, let’s say your 12mo son got a cold. He wakes up at 2am, so you go in and check on him. He has a fever, so you give him some medicine. Now, what you should do is tuck him back in, say goodnight, and leave (a child who can self-soothe would let you leave with no crying); but being the loving parent that you are you feel bad that he’s sick so you take him to your bed to snuggle and to keep an eye on him. And then you do it again the next night because he’s still not feeling well. On the third night you decide he’s feeling well enough that he should be fine on his own again, however, he has other plans. He’s decided that he prefers sleeping with you now instead of his crib and he’s ready to put up a good fight about it. And so begins your new, unwanted nightly routine. Believe it or not, it only takes 2-3 days to replace all of your child’s good sleep habits with these new, unwanted ones! You want to try to be very careful about how you respond to things so you’re not inadvertently creating new, bad habits. You want to try to treat the symptoms/issue without changing your normal responses. Remember, the cold may last a couple of days, but the sleepless nights can last for a very long time!

HOW TO AVOID “REGRESSIONS” ALTOGETHER

So what are new parents to do??? Well, if you can teach your baby the skills to self-settle in the first 3 months of their life, and you will never have to worry about the 4th, 6th, 9th, 11th, 14th, or 36 month old regression! I know that’s easier said than done, which is why I offer support for what I call “sleep teaching”. When your baby is born they don’t have a preference or skill set for sleeping, so it’s something we parents teach them. Unfortunately, most parents don’t realize they’re teaching them to only fall asleep during a feed or in a swing until it’s too late. It’s so much easier to teach them these skills from early on instead of changing them later on (believe me, I should know since I had to sleep train my twins, but then I used sleep teaching with my son when he was 3mos old).