A rich farmer who had three sons; Tim, Tam and Tom thought of the way to make the indifferent children more concerned about teamwork. After much thought and consultation, he came up with a plan. Each son will choose one from three options. They could either choose to be with the farmers, cattle farmers or himself. He gave them a simple task. They were to take turns each day observing the servants perform their duties. They were not allowed to perform any work bar watching and could only stay at a reasonable distance commenting and asking questions on issues that seem vague to them. After each child’s turn, he was expedited to spend a few more minutes reading or writing a piece on the area of their choice..

Tragedy struck eight months after the exercise started when their father fell terribly ill and eventually could not cheat death. The farmer’s will was read to the family and after properties were willed to the extended family and the workers, some unmelodious disgruntled sounds were heard from three young men sitting side by side. 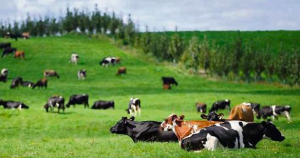 The only things left for each son from the will were twenty cows, an acre of land and a thousand dollar. Tim, tam and tom wondered what these would do to them as other relatives got houses, hundred of thousands of dollars et al. Much more than the thought of their share was the lingering thought of how outpaced they’ve been by their relatives and their Father’s workers.
Tim knew he had to do something but knew not what to do. The resources he had were too diverse so he thought why not put all eggs in one basket and practise what he learnt from his father about investments. With these thoughts, he sold his land and cattle and earned more money.

Tam knew animal husbandry wasn’t his thing but he was quite knowledgeable with plants so he bought Tim’s land and traded with Tom too for his land. He did this because he remembered his father constantly emphasize that he who controlled the land (soil) controlled the land (inhabitants).
Tom was good with animal husbandry. He had won the hearts of his father’s servants by constantly paying attention and helping out with trivial matters. He fended to the cattle against his father’s will of just observing and in so doing, he understood animals more than his other siblings. Having bought Tim’s cattle and exchanged his land for Tam’s cattle, he became the largest owner of cattle.

After the brothers traded, they realized they had become both sufficient and deficient. Tim had the money, Tam had the land, Tom had the cattle. Instead of wallowing in guilt and struggle looking for where to put their resources, they came together once more to reach an agreement. Tim invested in Tom’s cattle business and Tam leased his land for the project.
After five years, Tim had enough capital to pursue his dream of being a large scale venture capitalist, Tam went on to become a renowned land dealer and farmer in their city and Tom was the largest animal farmer throughout the region.
When asked the secret of their success, Tim answered “There are people who have what you want and want what you have. Your surest way to succeed is finding these people”. Tam had a different view he claims “You’re resources are never enough to make you succeed but your brain is”. Tom who now controlled the most herd in the region answered that “Success is not solo. It needs a team”.

Let’s work as a team, and get answers you need to help you move on with your life at the Psychic Boudoir – visit www.psychicboudoir.com