THREE UNDER THREE – Raising Twins and a Toddler


It’s birthday month around here and my head is swirling with so many emotions. It’s been quite a year, and while it’s bittersweet, in just ten short days, it’s time to let go of the phrase “three under three.” 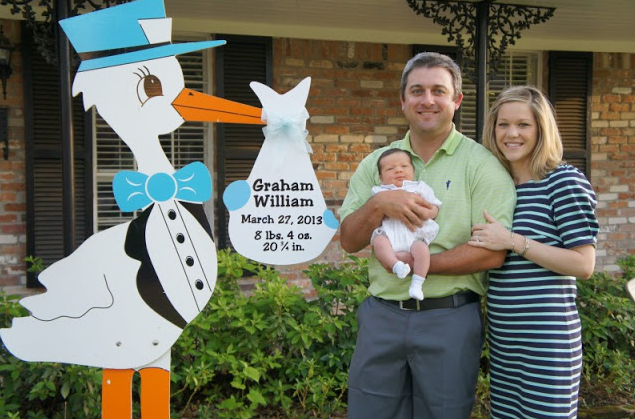 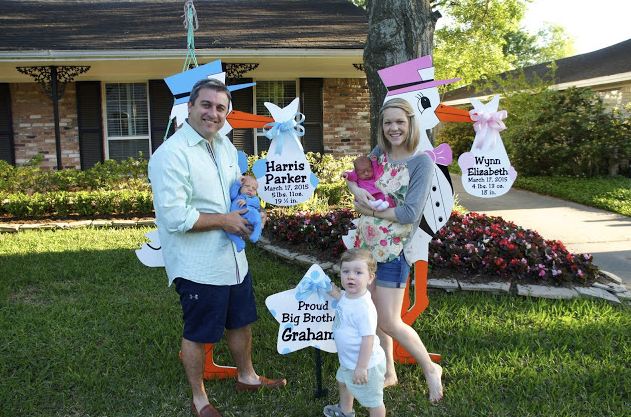 And Two Years Later, The Twins

I look back over the past three years to when Graham was born and can’t believe how much has happened since that day. Graham’s first year was truly a dream vacation. He was my only responsibility and he was the easiest baby to care for. We filled our days with music class, bath time fun, gymboree, library visits, field trips to the children’s museum and playdates with friends. Brian and I had no hesitation leaving him with grandparents. We took several trips during the year and even let Graham join us on a trip or two. I’m so thankful for this laid back, easy going approach we took to parenting because it wasn’t long before that would all change.

Graham was 17 months old when I found out I was pregnant with the twins, and it was a long road of morning sickness and tiredness until they were born ten days shy of his second birthday. We engaged in a lot less outings during the week that second year. We saved all the excursions around town for the weekends when Brian was home to help.  Now that the twins are turning one, it’s funny to compare how differently I treated their first year from Graham’s. I still took them all the same places, but they were usually asleep in their carseats during most of the outings. When Graham was a baby, I was constantly setting up playdates and meeting up with friends who had babies his same age. I’ve never set up a single playdate just for the twins. Graham does have friends who have siblings the same age as the twins so they have had some unintentional playdates, but for the most part, they just tag along with Graham. I know this is the typical life of a second/third child, but it’s felt even more sheltered than normal since I can’t hold both of them in my arms while I run a quick errand. Thankfully they have each other so I never feel obligated to find time for them to interact with other babies. 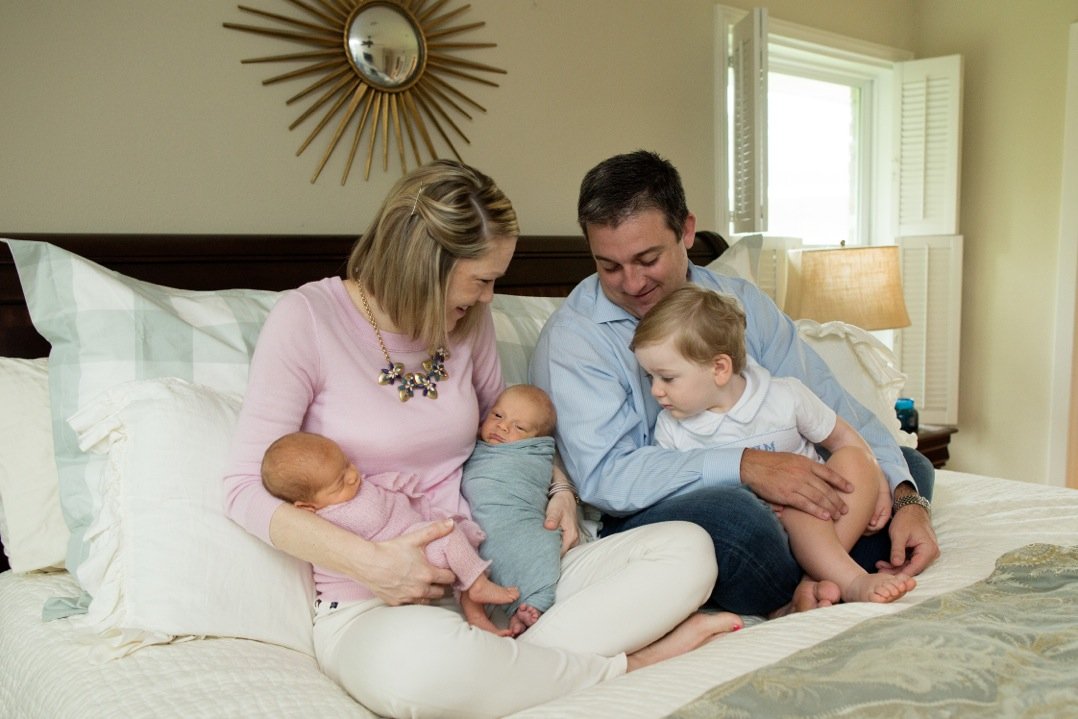 Certainly don’t regret the way we made it through this past year, but I do know i’m looking forward to this next chapter in our lives. I’m ready for the twins to make their own memories. instead of just watching Graham’s. I can’t wait to take some trips with all three of our little ones. I love the way Graham is starting to interact with both of them, and I can tell we have some pretty fun years ahead of us. It’s hard to say goodbye to my little three under three, but thankfully I have plenty of pictures to take me back to all of those sleepless nights ;). 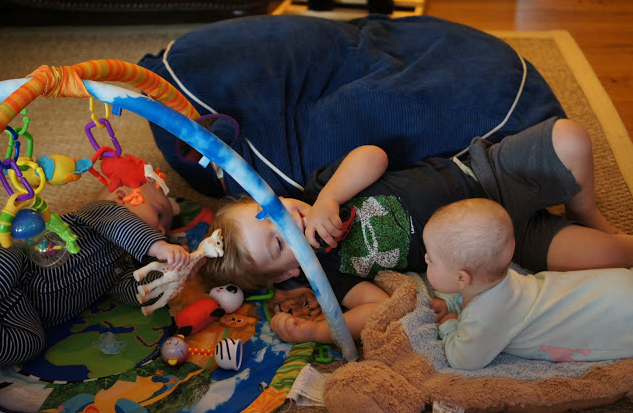 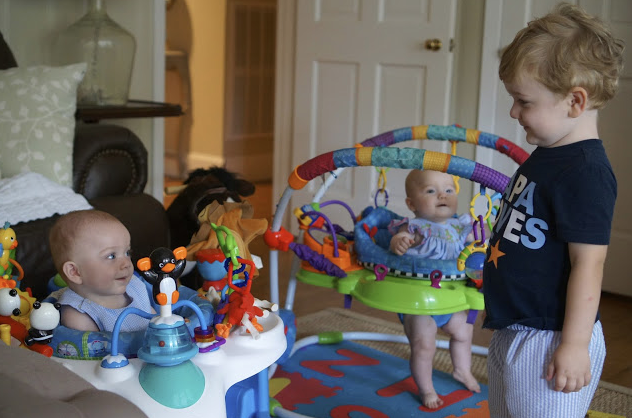 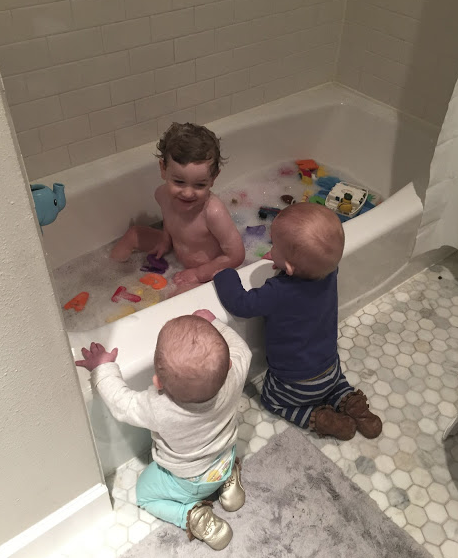 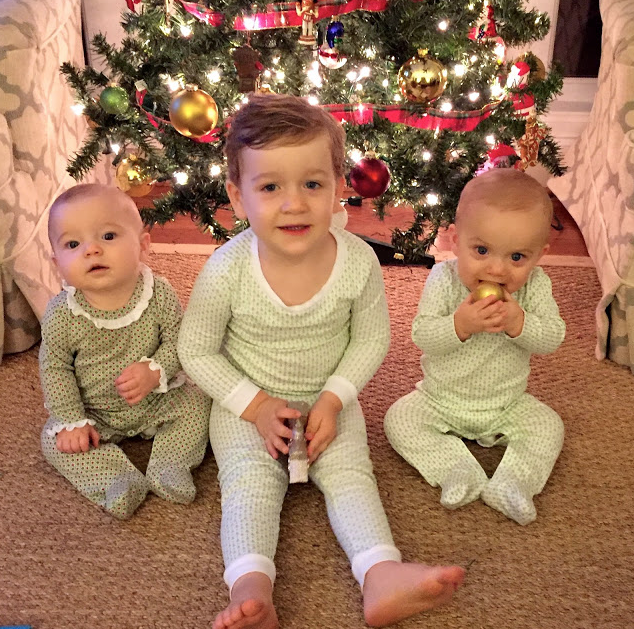 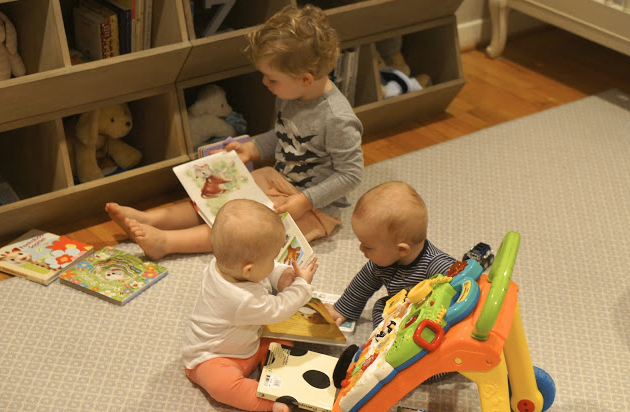 You can see more of Elizabeth Caddell at: Chaos with Charisma