Old-School Outdoor Games and The History Behind Them

This game was believed to be invented in New York City.

This game was a common game (and still is) in major cities where sidewalks are plentiful. Box ball simply transforms to sidewalk squares into a playing field similar to tennis or ping-pong.

The game is played with two squares, with each person having its own square, and standing behind the line of his own square facing his opponent.

Each player takes turns serving and defense his square.  The cracks in the concrete are what defines each person square. If the ball lands on top of the actual crack, or the inside area of the square surrounded by the crack, the ball is in play.

If the ball lands outside of the crack, the ball is out.

To play, one person serves by bouncing the ball and then slapping it what is his open palm and tries to make it land into the opposite square (his opponents square).

If you’ve never played tennis or ping-pong, the strategies the same. Instead of the net in the middle, use the crack in the middle of the two boxes.

It is a great game of skill and strategy. Advanced players learn how to hit the ball with their palm on an angle, to make the ball spin and then take a crazy bounce where the other player can’t reach it.

Another great advanced strategy is to slam the ball really hard so it bounces really high and backs up your opponent, which in turn will force them to make their longer shot which will be more difficult more difficult.

Just as in tennis you have a forehand and backhand. You can whip at the ball with the back of your hand, which will give it an unexpected result.

Here is a summary of the rules

The server must keep their foot behind their line when serving. He must bounce the ball on the concrete first and then take and serve shooting underhand only.

Some of these rules can be negotiated in advance. For example, we use to only allow underhand shots reserves but after the serve you can hit the ball overhand as well. But for beginners, it’s always better to just play underhanded.

The ball must bounce only once in your opponent’s square before they hit it back.

The player to reach 11 points first wins. But of course that can be negotiated as well.

If you don’t live in an area where there are cement sidewalks, you can make a court by just drawing two boxes adjacent to each other with chalk!

Other Games invented in NY

Skully is another fun Street game using just bottle caps. This game was believed to be invented in the streets of New York City. Other famous games derived from New York City was stoop ball, Double Dutch and one of the most famous games of all time, hopscotch. Another amazingly fun game using the Spalding is stickball. Also stickball which is a knockoff of baseball was invented in New York City, the first actual organized baseball game was played in Hoboken, New Jersey in 1846. See all games derived from New York.

This is another fun game that can be played with an empty can.

No one really knows the origin of this game, but it is believed to have been created during the Great Depression.

During those exceedingly difficult times, this game was played very commonly.

It is actually a very strategic game, with many variations. It is also an extremely fun and athletic game.

Well start with the basics.

Kick the Can is usually played with four people. When starting the game someone is picked as “it”.

The person who was chosen as “it”, but an empty can down on the spot known as home, and kicks it as far as he or she can.

As soon as the can is kicked, the other three players start running to find hiding places.

Then the person chosen as “it” runs after the can picks it up and carries it back to the home base. Once he brings the can home, player chosen as “it” stands at home base and counts to 50 with his eyes closed.

After done counting, the person chosen as “it” runs around and looks for everybody that hiding.

Once they find someone visually, they yell the players name and both of them have to then race to the can to try to kick it first.

Captives can become free if other kickers kick the can without anybody seeing them.

The game is over when and everyone has been captured.

There are many variations of this game. Some variations include that you have to tag the person and then that person into a holding cell. Any player then who has not been caught, or tagged can run and try to kick over the can to set all the captured players free. 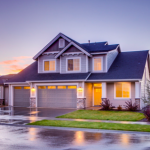 Renovating Your Home While Pregnant 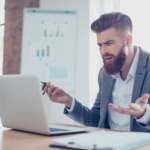 Top 5 WiFi Issues (And How to Fix Them)