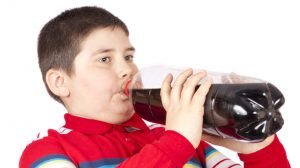 Lots of kids think nothing of having a soda as a means of gaining a fast rush of energy. The problem is that drinks in this category are full of potentially harmful ingredients they actually ought to avoid. Researchers from the University of Cincinnati have revealed that certain types of well-known sodas contain more than 40 grams of sugar in each serving. This is a shocking statistics because sugar intake at such levels can produce a host of negative health consequences. Parents need to take action and begin urging their children to choose less-sugary options for hydration.

There is little doubt that drinking sugary sodas and similar beverages can harm the dental health of those who regularly indulge. According to the American Dental Association, consuming excessive amounts of sugar in liquid form can harm tooth enamel to a significant degree. Ultimately, this causes a buildup of plaque as well as cavities. Children who fail to brush their teeth after having such a drink can quickly accumulate cavities as well as the potential for gum disease and additional decay.

Lots of parents observe a marked change in their kids when they have a sizable sugar intake. Though certain children seem to tolerate sugar better than others, the connection between sugar and hyperactivity makes sense due to the substantial fluctuation of their glucose levels. The types of processed sugar contained in sodas get into the blood rapidly, according to experts at the National Institutes of Health. As a result, adrenaline can be boosted quickly, giving children a feeling of added energy, which may lead to hyperactivity issues.

There are also kids who end up feeling essentially addicted to drinking soda, according to Dr. Gary Kaplowitz, a dentist writing for Colgate Professional. There may be addictive qualities linked to the flavor of the soda, the sugar or even the caffeine contained therein. These are all elements which propel children toward soda consumption. This is risky because withdrawing from caffeine is known to produce lots of harmful effects, including headaches, depression, nausea and difficulty with concentration. Slowly and gradually cutting caffeine as well as sugar intake is the key to safe withdrawal for children.

Excessive weight gain is yet another potential consequences of soda consumption among kids. Though the majority of such beverages contain roughly 150 calories in a 12 ounce portion, when taken with other types of food, the caloric impact can be massive. Undesired weight gain often follows. This is particularly true for children whose lifestyle is not characterized by sufficient physical activity or those who have slower metabolisms. When sodas are part of the regular diet of such individuals, weight gain is a likely outcome. This is only going to increase if this soft drink industry report is correct.

Soda machines are ubiquitous in society, showing up virtually everywhere, such as amusement parks, schools and restaurants. The key is to instruct children on proper choices so that they can select things like water, pure fruit juice and the like. Steering clear of carbonated sodas and sugary energy drinks full of caffeine in factor of skim milk and other smart choices will ensure that they receive the calcium, vitamins, protein and other nutrients essential to growing kids. When it doubt, water is always an ideal option.