5 Reasons So Many People Want to Own A Reborn Doll 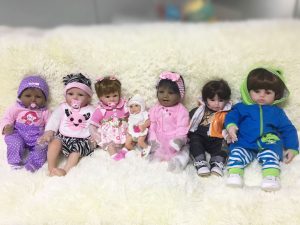 Reborn dolls have taken over the world in the last decade. Starting from the year 2002, reborn dolls went viral to the point of getting sold at an insanely big amount and surprisingly enough, people bought them. Reborn dolls are basically made with vinyl. These are highly realistic baby dolls which look like real human babies. The point of creating these dolls was to have fun with role-playing but these dolls turned out to serve for a greater cause which helped many people, especially women who cannot birth any children or happen to suffer from stress disorders. Taking the internet by storm, these reborn dolls gained massive popularity because of its amazing feature that enables people to distinguish between the real baby and a silicone doll.

Many people own reborn baby dolls but become targets of hatred because of its weirdness and strange possibility. In many parts of the world, reborn dolls are still considered very unusual, however, here are a few reasons why owning them is completely fine.

Reborn dolls the doctors approved of this unusual coping mechanism and claimed that there is nothing wrong with treating a mere doll as a real baby as long as the baby doll looks convincing enough for anyone to decipher whether it’s real or not. It helped reduce the anxiety measures in many women who later got over the truth of not having real children but still enjoy having a reborn doll nevertheless.

are known to have helped very effectively when it comes to anxiety, especially for adult women with no real children. Even

or losing sleep in order to hush the baby to sleep. The reality is that is a lot of the sweetness that comes with a real baby, and its a nice pass time for people.

Reborn dolls also served for a great purpose when it came to women who lost their babies at some point. These dolls helped them 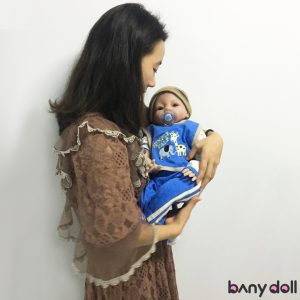 not only remember their children but also kept them from feeling childless and broken. It’s a great way to memorialize a lost child. This serves as great therapy for women who suffer from the loss of a child or are unable to give birth to a baby themselves. Even for women who are in their pregnant stage and have the anxiety of raising a child all by themselves can work and practice their way through these vinyl dolls until the real baby comes. It serves as a great therapy because these dolls may help you teach the responsibility of taking care of important things in life.

Women who have stress disorders such as Alzheimer’s, dementia and depression have healed a great deal to the point of completely getting rid of their psychotropic medication because of these vinyl dolls. Playing with them is also included in psychological courses for such disorders.

If you happen to be dealing with any of these issues, it is completely okay for you to own a reborn doll. However, most people love to collect them and role-play with them out of interest.

To check out other reborn dolls visit: https://www.banydoll.com/