8 Things Only Twin Parents Will Understand 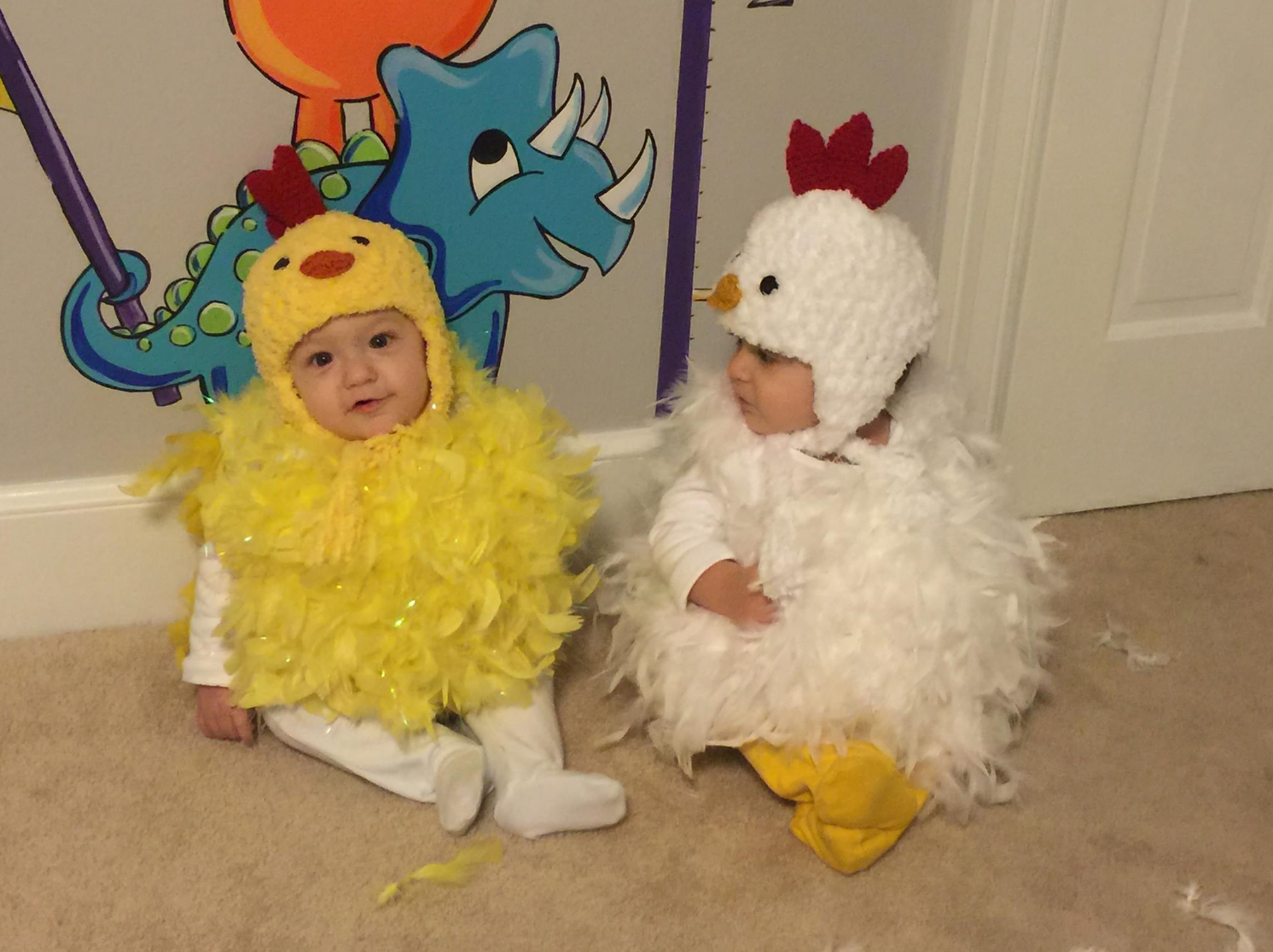 1. Your uterus is no longer something private. Nor are its multiple inhabitants or how they got there. The moment someone finds out you are having twins there will inevitably be someone there (typically a complete stranger) to ask you that ever invasive question regarding your uterus and it’s fertility or lack thereof: “Are they natural?” No. They’re artificial, of course they’re “natural.” It’s amazing the comfort level strangers have with this inquiry really. They may as well ask whether you and the hubs(twin parents) did it the old fashioned way or if your husband is shooting blanks and your uterus is a barren wasteland.
2. Halloween is WAY cooler for twin parents than it is for regular. I dressed my twins up as chickens for their first Halloween…and they looked completely ridiculous and awesome.  But really, there are SO many great twin themed costume ideas out there: Thing 1, Thing 2 (I did this for the boys first birthday party), Snoopy & Woodstock, copy & paste, peanut butter & jelly, bacon & eggs….the list is amazingly long. I seriously can not wait to bust these 1st Halloween chicken costume photos out at any future potentially annoying mom opportunity, I forsee future girlfriends or Prom as being key opportunities!

3.  Fatigue is not an option. If you haven’t already- you will probably experience some form of gastritis or ulcer development secondary to your habitual use of coffee and caffeinated products. Pre-twins when I thought I knew what busy was- I had my standard morning cup o’ joe and was ready to tackle the world; post-twins I feel as if I need an IV infusion of caffeine. I drink at least 4 cups of coffee a day- sometimes I think amphetamines or other illegal stimulants should be made temporarily legal for parents of twin babies- j/k OBVIOUSLY…but for real…?
4. You don’t think you’re better than other twin parents and you don’t like to play the “twin card”but it’s REALLY hard to take people seriously when they complain about the challenges of having ONE baby or even better, people who think having two kids close in age is equivalent to having twins…”a picture is worth a thousand words” & Eli’s face below precisely expresses how I feel when this happens. lol

5.  You will often wonder what the hell you did with your life before having twins. You are now an amazing multitasker and somehow FAR more productive of a person that you ever were pre-twins. If you think of something that needs to get done, you do it- and I mean RIGHT then because you know it will otherwise recede in priority to the deep spaces of your brain not to resurface again until it’s lack of completion becomes a problem. (This could be due to: I dunno the two mouths you have to feed, two diapers you have to change every 2 hours 24/7, or perhaps it’s the 2 sets of vocal cords intermittently screaming at the top of their lungs at you..seriously Steve dubbed Eli “the screech owl”..Archer has a much more tolerable scream that doesn’t seem to pierce your brain to quite the same intense degree..)
6. Twins literally = Two of Everything. Not sure about other twin parents experiences but if you want to start World War III, just come to my household and bring ONE of any toy, better yet, bring TWO that aren’t EXACTLY (and I mean exactly) the same. Of course we all try to reinforce good behaviors and redirect bad behaviors in our children- but with twins you learn to choose your battles and for now, I am currently content waving the white flag of defeat on this one. Sharing is for the birds.

7. You’ve become a recluse and don’t even care. My husband and I currently have opposite work schedules, he works weekends and I work weekdays- not cool, I know. It didn’t take long for me to realize that if there aren’t two adults around (one to watch each kid) family excursions can become a challenge that you may have no desire to surmount. Definitely not saying it can’t be done, it can, just saying it may be zero percent pleasant. I’m sure there are many super mom’s out there who have their crap together far better than I do and have had fabulous, sunshine and rainbows mommy/twin outing experiences; easily forging through the obvious difficulties of taking two babies the same age out in public with no additional help. Once in an attempt to get out of the house despite having adequate adult reinforcement, I decided to take both of my toddlers to the park by myself. I started out strong/positive/excited. I thought I got this, no problem! I’ll just keep one in the stroller and take one out to play and use the park swing one at a time and then alternate (if you were to let both out at once they would definitely run full speed in opposite directions toward the nearest hazard). So basically I have one amazing laid back child (Archer) and one extremely awesome yet also equally opinionated child (Eli)- and yes he “gets that from me” as Steve likes to point out on ongoing basis. Let’s just say we quickly became the park spectacle as Eli made it exceedingly clear that he was not havin’ that alternating business (this goes back to my notion depicted in no. 6, about how sharing-ANYTHING, even swing time- is for the birds).
8. “It must be so much easier since they always have someone to play with.” I’ve actually had people say that to me with a straight face. What in the world about having TWO babies or TWO toddlers is “easier?” This falsehood out there that because twins are the same age they are always engaging in hunkie dory bff playtime together is a load of crap. While you do get those super cute moments of brotherly love and intermittent evidence of the “built in best friends” twin relationship..you also get a whole heck of a lot of tandem screaming, fighting, pushing, pulling hair and super secret twin language scheming together to complete their next combined effort at doing something destructive and/or dangerous to unhinge mommy. Due to the situation depicted in the images below, you become extremely resourceful in the ever ongoing attempt to entertain your children. See below photographic progression (deterioration?) of my attempts to keep my children occupied playing inside (it was a Saturday so Steve was working, over 107 degree heat index outside and mommy was getting preeeetty desperate lol…why yes those ARE uncooked spaghetti noodles and yes that is an upside down colander my children are playing with.) PS- Steve bought those “Where’s Waldo” looking outfits (haha he tried- too cute right?)… I was like ok- I’ll just use these for craft time…. 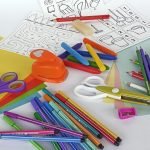 The “Big Decision”: Whether Or Not To Separate Your Twins For Kindergarten 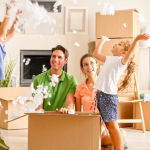 Considering Moving to a New State With Kids 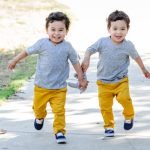