Biological mom and her surrogate were pregnant at same time 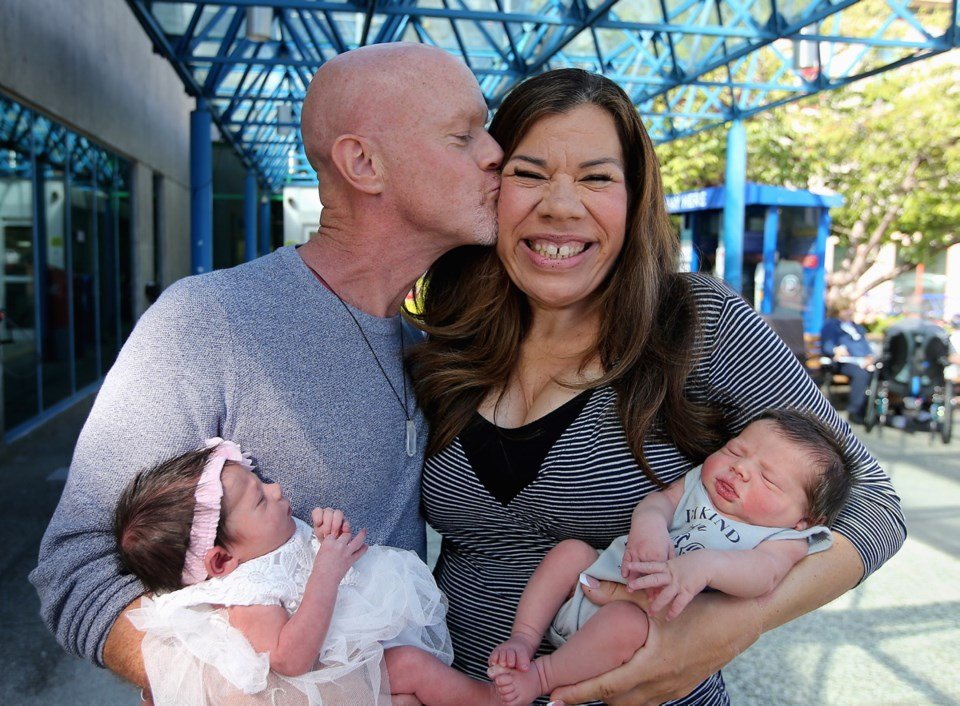 Margo and Ian Sheldon were trying to conceive for six years, enduring the pain of multiple miscarriages and a full-term still birth. In June 2020, just four days apart, their two babies arrived.

The near-twin births came after Margo’s foster sister, Meena Buckham, offered to be a surrogate for the couple. Miraculously, a short while after, Margo found out that she and Ian had conceived naturally. They’re calling the babies “twins with a twist”

Buckham brought Sofia to the hospital Monday so the Sheldons could be united as a family of four.

Margo, 42, calls Austin and Sofia her “double rainbow babies,” which is the term used for babies born after a miscarriage or stillbirth.

The two siblings met on Sunday, Father’s Day, when Buckham brought Sofia to the hospital for a visit. Margo breast-fed both babies while she and Ian, 48, looked at the two children they thought they’d never have.

“It’s the miracle of all miracles,” Ian said.

Ian said medical staff at Victoria General Hospital have been marvelling at the twin births.

“They’re saying they’re a bit like twins but not carried in the same womb,” Ian said. A friend came up with the term “moon twins” because they’re born under the same moon, he said.

Kat Leblanc, an Island Health perinatal social worker who helps families going through surrogate births, said she has never seen a situation where both the biological mother and the surrogate were pregnant at the same time.

Austin, the chill one, is a bit “meatier,” Margo said, weighing seven pounds, 14 ounces compared to the wide-eyed Sofia, who was born six pounds, 13 ounces. On Monday, Austin wore a grey onesie that said “I’m kind of a big deal” and Sofia wore a white tutu dress with a pink head band.

Margo and Ian live in Jasper but chose to deliver in Victoria because Buckham, a 44-year-old mother of two, lives in Langford, where she works as an educational assistant.

Ian and Margo said the doctors and nurses in the Mother Babe Unit have been accommodating in letting Margo stay in the next room after Sofia was born and allowing Buckham and Sofia to visit after Austin was born.

The couple chose Austin’s middle name, Olivier, to honour his stillborn brother and Sofia’s middle name “because we’ve been given so much grace along this journey here,” Ian said.

The couple met in Edmonton in 2012 when Ian, a landscape painter, sought advice from Margo, a spiritual healer and medium. Their friendship blossomed into romance and in 2014, they moved in together and started trying for a baby.

On May 30, 2017, Margo, more than 41 weeks pregnant, delivered a stillborn baby named Olivier. Doctors could not find a medical reason to explain why Margo was having repeated miscarriages, she said.

During a cottage trip on Shuswap Lake in 2018, just after Margo discovered the baby she was carrying in her sixth pregnancy did not have a heart beat, she told her foster sister, Meena, that she still wanted a family, but could not bear the pain of another loss.

Standing at the kitchen sink doing the dishes, Buckham offered to be the couple’s surrogate.

“Ian and Margo have been trying for so long to start a family and I knew they would be great parents,” Buckham said. “I figured, if I’m able to, I would totally give that gift to her.”

As a teen, Buckham was raised by Margo’s parents, so she and Margo were raised like sisters.

“I think it’s one of the most selfless and beautiful acts,” Ian said of Buckham’s offer. “It’s courageous and so huge of the heart.”

Margo and Ian travelled to Victoria three times in 2019 to do three rounds of in-vitro fertilization, where Margo was given fertility hormones so her eggs could be harvested and fertilized with Ian’s sperm. They did the treatments at the Victoria Fertility Clinic.

To fund the treatment, the couple borrowed $50,000 from a friend in what they jokingly refer to as their “baby mortgage.”

After one round of IVF, and in the presence of a few friends, Margo and Ian were married on a beach in Tofino on April 30, 2019.

On Oct. 3, one viable embryo was implanted into Buckham, resulting in a successful pregnancy.

Austin was conceived in Sayulita, Mexico, where Ian and Margo had gone for a vacation.

Ian returned to Jasper to work and Margo stayed in Mexico with a friend. Margo took a pregnancy test in late October and texted Ian to say it was positive.

Because of their previous losses, the couple was guarded with their emotions.

“You can’t relax until you have that baby in your arms,” Margo said.

Buckham said she was “over the moon” with happiness when she found out Margo and Ian had conceived naturally.

The couple plans to spend two more weeks in Victoria before returning to Jasper with their  babies.

Buckham and her husband hope to take their sons, Brent, 13, and Dean, 11, to visit in December.

“She’s given us this profoundly huge gift,” Ian said.

Margo said after all their pain and loss, the family has a “happy ending and new beginning.”

“I don’t want to say all the sadness was worth it, but I feel like the bravery paid off. It’s such a massive sense of relief and completion and a sense of peace. I’m finally a mom.” 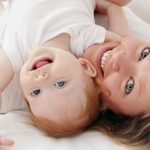 5 Tips to being a Happy Mom 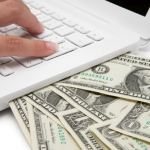 Making Money From Your Mom Blog: How To Turn A Hobby Into A Business 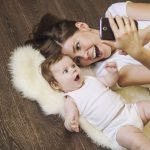 5 Must Have Apps From Pregnancy to Baby