“I was in tears when I saw this picture” said Brandy Gregware who saw this photo of her father and one of her Twins, both who struggle medically with heart conditions.

Brandy’s father has been battling various heart conditions for the last 12 years. 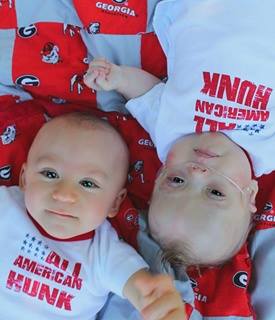 He has had two open heart surgeries, 18 stents, a pacemaker, a deflator, a massive stroke, while also struggling with arty disease, and being a diabetic. He has had several mini heart attacks, and at this point he is functioning with only 10% of his heart.

Kolbie, Brandy’s son was also born with a heart defect. He has had to have his first open heart surgery at just 4 months old. He was also born with pulmonary vein stenosis, pulmonary hypertension, chronic lung disease, kidney disease and Down Syndrome. He is just 10 months old and has spent 7 of those months in the hospital.

This past year has been extremely hard for our family because BOTH have been in and out of the hospital and us not knowing if they would make it home! I sit and watch my dad hold Kolbie for hours and they chat about their matching zippers!! You can definitely see the love and bond these two miracle fighters have in this picture!! Im so Thankful for Sunshine Moody for capturing this amazing picture and moment!! There is so much hate and violence in the world yet you have two people fighting to be here each day!! I will cherish this amazing picture the rest of my life!!!! MIRACLES HAPPEN EVERYDAY and this is my proof of 2 amazing fighting miracles!! – Brandy Gregware 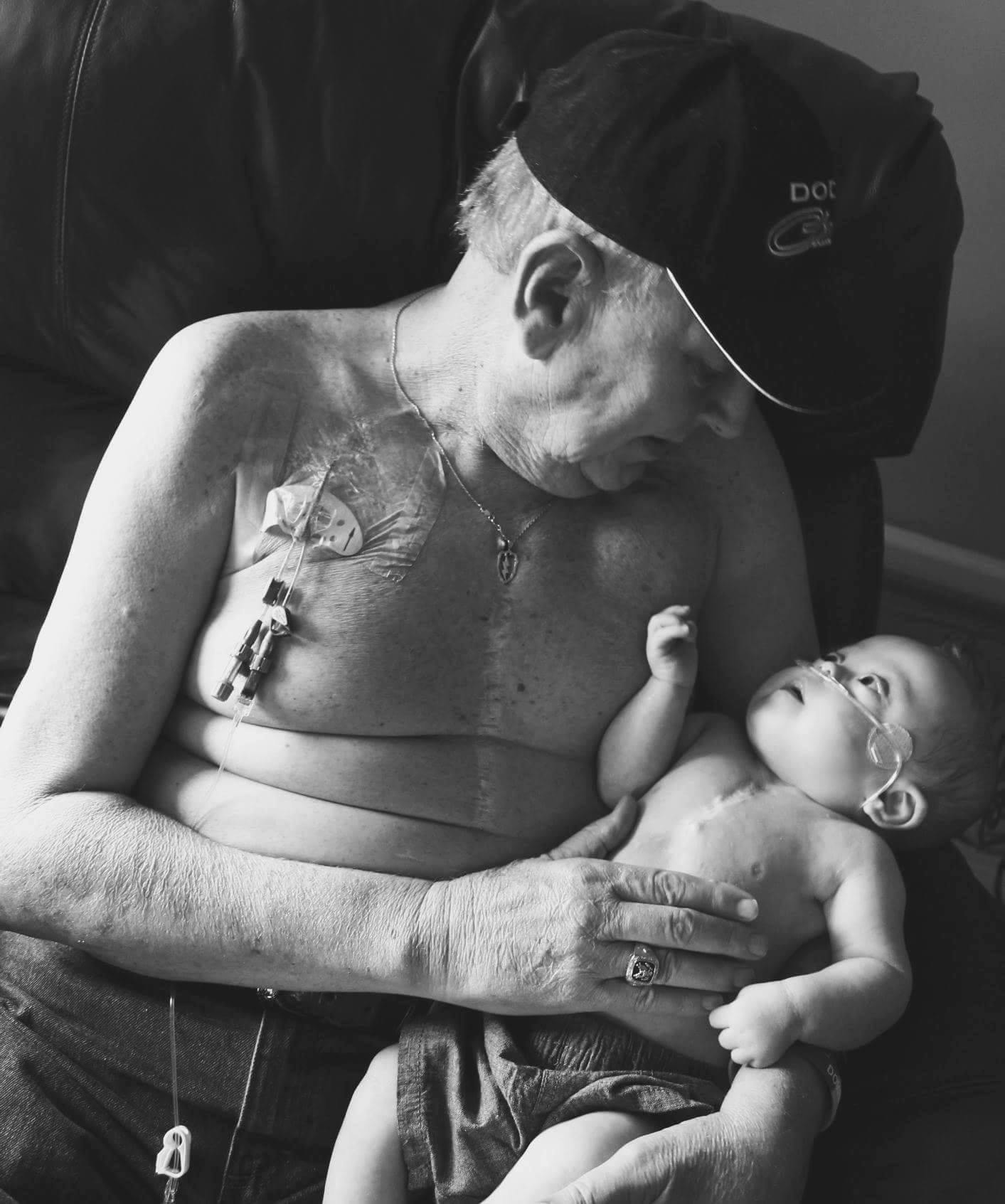